The backbone of every great business is the pursuit of innovation. While there is a difference between disruptive innovation vs. sustaining innovation, the fundamental goal remains the same—to create value. From a strategic standpoint, it’s worthwhile to explore each classification. It will help you identify the best path for your company to travel. You can think of the information that follows as your crash course in each methodology. Welcome to Innovation Strategy 101! 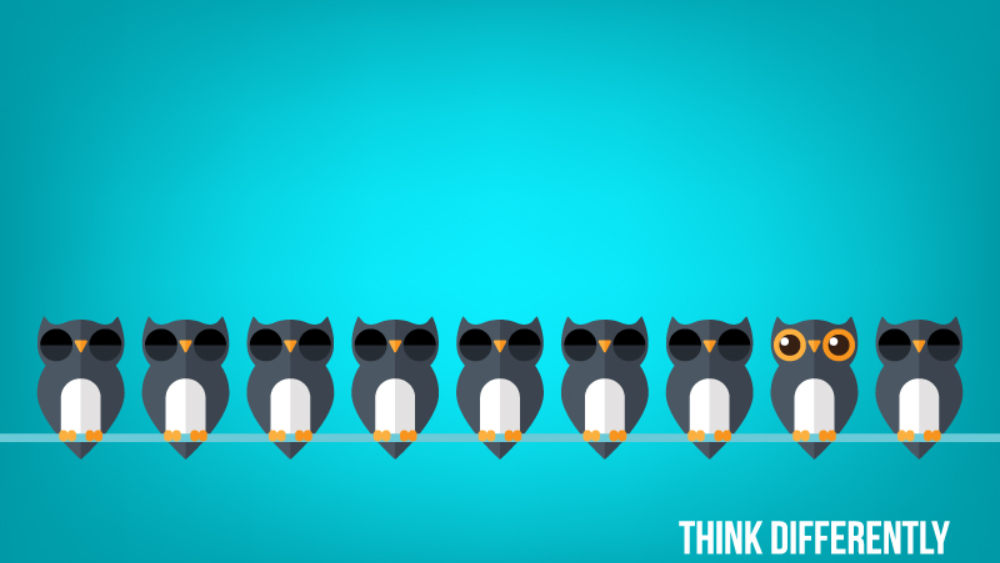 The term “disruptive innovation” is often applied to situations that don’t quite fit the molding. Don’t let its perceived broadness fool you—the actual definition is relatively straightforward. At least, according to Harvard Professor Clayton Christensen, also known as the “Guru of Disruptive Innovation,” it is. Christensen defines disruptive innovation as the process through which a smaller, more scarcely equipped company successfully challenges its wealthier and more established competitor(s).

These circumstances arise when incumbents narrow their focus too sharply to meet their most profitable customers’ demands. As the low priority consumer base falls to the wayside, smaller companies look for ways to capture their attention. Incumbents enable disruption by failing to take the necessary countermeasures to secure their “less consequential” consumer group. Pupils, this is a classic case of “you don’t know what you’ve got until it’s gone.” Blockbuster Video, I’m looking at you.

What Disruptive Innovation Looks Like Today: A Business Example

Definitions are nice, but examples drive the point home. It’s important to note that the true meaning of disruptive innovation is the process outlined above. Over time, people have begun to use this term (incorrectly) to refer to any disturbances within an industry’s competitive patterns. To preserve the usefulness of the disruptive innovation label, distinguishments must be made. The rise of Airbnb demonstrates disruptive innovation flawlessly.

Airbnb was born airbedandbreakfast.com during the weekend of a San Francisco design conference. Hotels in the area had been booked for months in advance. Lodging unavailability left travelers with a decision to make: shell out the cash for a last-minute hotel reservation, commute from a hotel that’s nowhere near the convention center, or...bunk with airbedandbreakfast.com for $80. Three unfussy visitors gladly accepted the latter. Fast forward to 2020, and Airbnb’s value has grown to 75 billion U.S. dollars.

Is It Low-End or New-Market Disruption?

However, the demand for affordable hospitality is far from a novel idea. For disruption to be considered new-market, it must create a market where none existed previously. Airbnb’s disruption process was of the low-end variety because it involved the following components:

Again, when AirBnB stepped on the scene, paying for accommodation was not a new concept.  Their low-end disruption happened by altering the current market.

This strategy is the road most traveled by established businesses. Although it has proven effective in many cases, it requires a certain equilibrium that many innovation leaders find difficult to maintain. As the company continues to improve its product, it will accommodate its efforts by raising the price. Profits rise in response to the high-end consumers that are eager to invest in the next generation product.

Those consumers may be less likely to look elsewhere because their needs are being satisfied. The downfall to this seemingly win-win situation is that it creates vulnerabilities in the consumer pool. For example, consumers who cannot or are unwilling to pay higher prices may begin to look for cheaper alternatives.

When examining the angles of innovation, it can be beneficial to put them into the context of revolution and evolution. Evolution takes existing methods’ gaps, flaws, or shortcomings and aims to solve and surpass them. Sustaining innovation demonstrates this principle wonderfully. However, one could also draw comparisons between evolution and low-market disruption. The bottom line is that evolution in innovation focuses on existing consumers.

What Sustaining Innovation Looks Like Today: A Business Example

iPhones are the epitome of sustaining innovation. With thirteen iPhone series since its debut in 2007, it’s also the most obvious example on the market. To maintain originality, let’s address a less widely-recognized example of sustaining innovation in today’s market—the Nintendo Switch lite. The lite is an inexpensive, handheld-only version of the original Nintendo Switch gaming console. It isn’t compatible with all Switch games and lacks TV input capabilities. Conversely, it has a more robust battery life and better portability in comparison to its predecessor.

These components made the lite an excellent choice for more casual gamers, who contributed immensely to the increase of Nintendo’s profits during COVID-19 lockdowns. It serves the corners of Nintendo’s market that aren’t willing to pay top dollar for a more immersive gaming experience and acts as a backup console for those who are. Nintendo Switch lite is perhaps the most important demonstration of sustaining innovation. It successfully achieved the balance of satisfying high-demand consumers without ignoring the needs of their lower-priority, on-the-fence customers.

Disruptive Innovation vs. Sustaining Innovation: What’s Right for Your Organization?

The Innovator’s Dilemma is a 1997 book published by Clayton Christensen, the aforementioned father of the disruptive innovation theory. It discusses the predicament that occurs when established businesses fail to respond to disruptive market changes accordingly. The term “Innovator’s Dilemma” is also used to describe the decision that innovation leaders must make:

It’s worth noting that the first choice doesn’t necessarily provide consumers with what they want. It provides consumers with what they think they want, based on what they already know is available and used to. The second choice is more obviously transparent in the risk that it creates. Will the innovation truly satisfy an unprecedented need? Or will it fall short as a desperate grab at upholding relevancy?

A Place for Both

Relax, this crash course won’t conclude with an exam. It’s a ton of information, most of which can be applied differently to specific industries and situations. The key takeaway is that there needs to be a designated place for evolution and revolution in your company. Balance can be achieved through innovation management, the right disruptive technology, and employee insight. They’re the ones who have their ears to the ground regarding the needs (and potential needs) of your market.

Getting Started With rready

Disruptive innovation vs. sustaining innovation, there isn’t a one-size-fits-all approach. However, that doesn’t mean you can’t strategize, manage, and implement it all under one roof. That’s kind of our whole deal here at rready, if you haven’t noticed.

Need to become more customer centric to keep up with evolution? We’ve got a platform for that. Struggling to obtain meaningful feedback? We’ve got software for that. Does your company culture inspire the innovation needed to truly be revolutionary? Believe it or not, rready has a program for that too.

rready has been helping organizations create and sustain innovation programs for years. Get in touch with us today, and together we can build an innovation solution that works for you.