9 learnings after 4 years of intrapreneurship

Cultural Transformation Innovation Management
22 April.2021
5 min.
This article looks at the most important lessons learned during the implementation of Swisscom Kickbox and shows how we can take intrapreneurship to the next level.

The KICKBOX team started with the Swisscom Kickbox program based on the open source material of Adobe Kickbox and developed it into a bottom-up intrapreneurship program with the goals of helping intrapreneurs creating the next disruptive business case and getting their employees ready for the digital age.

The program is a three-stage innovation process in which any employee can submit an idea via the online platform and receive a physical toolbox. The intrapreneur has two months and 20% of his working time to validate his idea and to prove that his concept is valuable. After the “RedBox”-phase, the next step would be the BlueBox, in which the Kickboxer can conduct a pilot project. In the final phase (GoldBox) the idea will be implemented within Swisscom or a start-up will be founded.

Now that you have gained a little insight into the world of KICKBOX, we'd like to show you our 9 learnings, which we have collected over these 4 years.

1. Be an enabler and not a gatekeeper

Despite the fact that our job title is 'innovation manager', innovation is not manageable. Therefore, we need to create space so that people can follow-up on their idea exploring its potential. This is not possible if we – c-level/ managers/ coaches/ … - act as gate keepers. We should rather focus on giving people the chance to prove themselves and their ideas. See it as employee motivation, empowerment and education. 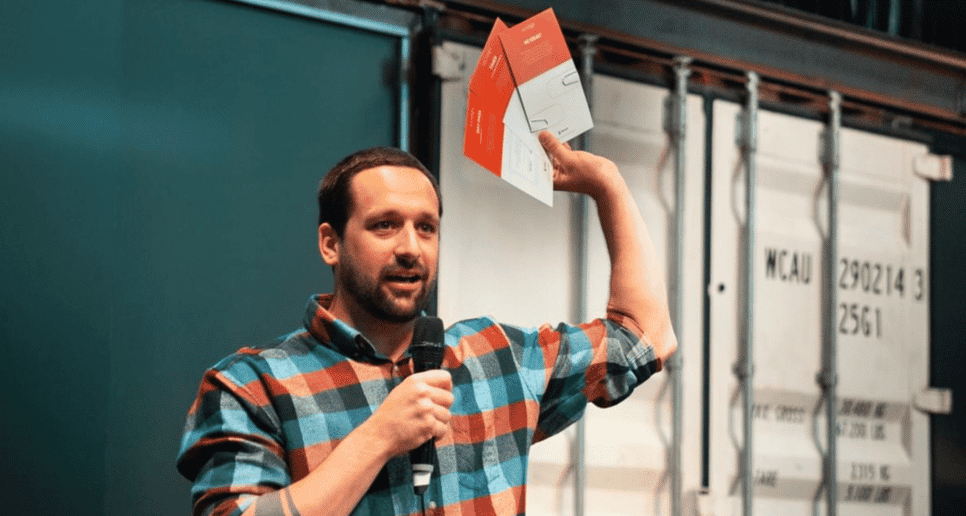 Even if you'd be Steve jobs himself, it is impossible to judge raw ideas. Sadly, this is exactly what happens so often: An idea campaign is launched, ideas are submitted by employees and an expensive management board decides which idea is 'good' or 'bad'. The employees behind the 'bad' ideas receive a rejection and the minority are given generous budgets to start validating. This process is expensive, based on subjective assumptions and the most import actor in the process – the champion behind the idea – is not given any chance to prove himself. Instead of judging a raw idea, let the market decide: Give everyone the chance to validate! If the idea is still nonsense after two months of validating and gathering real customer data, the idea won’t proceed but the intrapreneur learnt a lot for little money.

In order to find people who are willing to go the extra mile and validate a business idea, they need to feel in a 'save space'. They need to be sure that they do something which is seen as 'wanted' from the company. Therefore, visible top management support is important. The roles which should become a fan of KICKBOX: Chief Digital/ CEO (because of the created business impact) and Chief HR (because of the educational/ transformational impact). 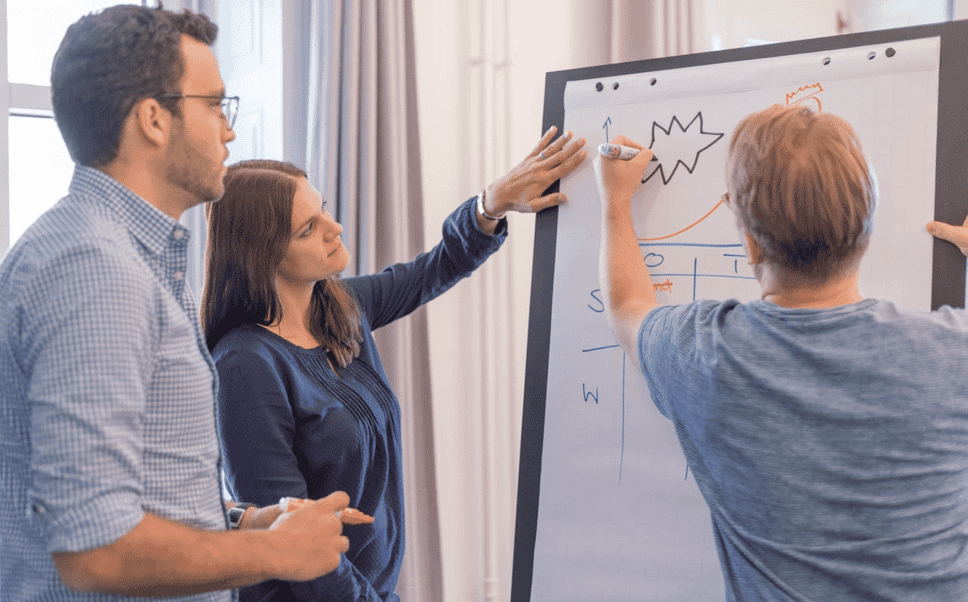 Methods such as 'lean startup' and 'Human centered design' are great and it is important that employees get to know them and apply it to their work. However, these methods have also two disadvantages: First, methods come and go. It won't be long and another 'new' working method is trendy and companies and coaches won’t talk about these methods anymore. Second, some employees might get put off by methods because they don’t want to learn something new, are convinced that their working method is fine, or the fancy English titles deter them. Therefore, we've learned that we rather communicate a brand (such as Kickbox) instead of a method. The brand is long lasting, people identify with it and promote it without much effort from the program manager. It is not important that employees know which method they learn as long as they apply it. That's why we wrote the KICKBOOK without any technical terms and in a very playful way.

5. Involve everyone - not only idea givers

They exist everywhere! Every company has them: The driven intrapreneurs – the people having ideas and their will to follow up on them. However, the program gets much more powerful if you also include the employees who are interested in innovation and willing to support with their expertise but not having their own ideas (yet). As a result, the online platform is key: Not only Kickboxers are shown but experts which are automatically linked to according projects based on their interests and skills.

6. Everything is digital, except for the KICKBOX Toolbox

Why? Because it makes 'innovation' tangible and playful. You'll never see happier people than the intrapreneurs who are allowed to open up such a toolbox. A strong connection to the online world is important though: The physical toolbox has strong links to the online platform, where visibility for the project is created and extra educational content can be found. 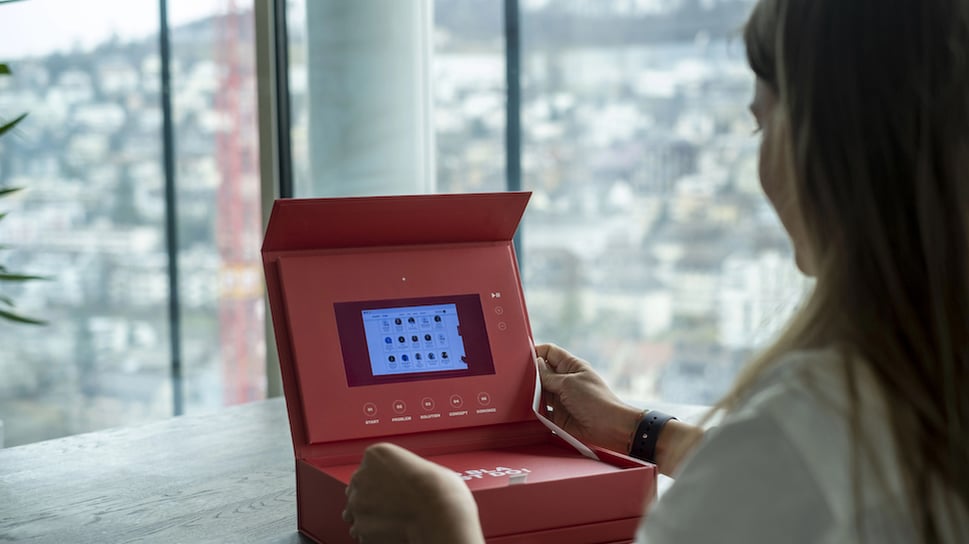 7. Assess people and ideas before you invest

As we said before, we learned that people are more important than ideas. However, not every employee is an intrapreneur and wants to be one. Therefore, we designed the RedBox phase the way it is: Highly automated so that we can open it up to as many intrapreneurs as possible and to use it meanwhile as people assessment: who is motivated enough to go through an intrapreneurship journey with lots of ups and downs? Who has the skills to do so? The people who prove themselves will find a sponsor for the next phase. This means for us that we can start investing more money, time, and coaching into the champions behind the idea.

Intrapreneurship can go beyond your company's boundaries. In our opinion, it even should! We opened up the program under the brand of GETKICKBOX and companies such as Siemens Energy, SBB, CSS, Baloise, Implenia, Roche, and many more are using the online platform and the toolboxes too. Additionally, we gather regularly with the people being responsible for KICKBOX in their companies to exchange thoughts how to innovate and transform with KICKBOX. Furthermore, we further co-create the program and one result of it is the newly written KICKBOOK. Thanks to the peer-to-peer community.

We know: every company is different. However, Kickbox is a great tool which fits to every organization – independent of size and industry. Decentralized ideation with a playful process and high automation and visibility brings value to the organization. Therefore, we'd love to grow our intrapreneurship movement with GETKICKBOX.

So let us know if you're interested in discussing how KICKBOX could be of value to your organization.